Clarke Motors had been a fixture of the Upton Road/Capital Drive corner since 1970. The Island-owned Centennial Auto Group took over in 2015, opened a new Nissan location in Summerside in 2017, and then began concentrating on replacing the Charlottetown location. The new building includes an eight-vehicle showroom, ample office space, and a state-of-the-art service department. Plus it remains home to the same trusted team of Nissan professionals.

Over the last few years, Nissan has been one of the fastest-growing auto brands in Canada. Nationally, Nissan sales virtually doubled between 2009 and 2018.  Nissan’s lineup includes the market’s greatest variety of SUVs plus everything from electric cars to full-size pickups. Centennial Nissan of Charlottetown’s official grand opening will take place in the coming weeks. 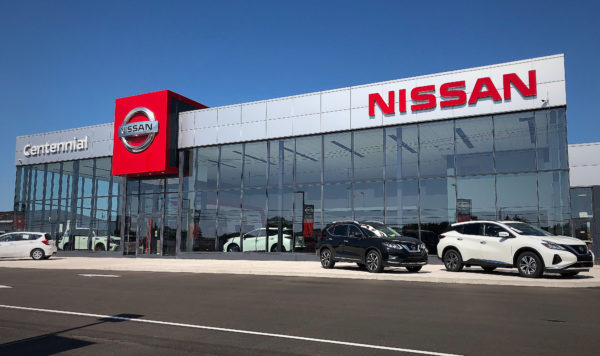