Charlottetown, PE – The Honourable Perrin Beatty, PC, OC, President and Chief Executive Officer of the Canadian Chamber of Commerce, will be the keynote speaker at the Greater Charlottetown Area Chamber of Commerce 2019 President’s Annual Luncheon.  The luncheon, sponsored by Richardson GMP, will take place on Tuesday, May 14 at 12:00 p.m. at the Delta Prince Edward.

Beatty’s keynote, Connecting the Dots Between Today’s Business Challenges and the Upcoming Federal Election will focus on how Canada’s current business environment adds unnecessary costs to our businesses; workforce development challenges across the country; and competitiveness for Canadian business.

As Canada’s largest and most representative national business association, including 450 chambers of commerce representing more than 200,000 members, Beatty is a well know voice for Canadian business. Before joining the Canadian Chamber in 2007, he held the CEO role at Canadian Manufacturers & Exporters (CME). From 1995-1999, he served as President and Chief Executive Officer of the Canadian Broadcasting Corporation (CBC).

Beatty was first elected to the House of Commons as a Progressive Conservative in 1972. During his 21 years in Parliament, he served as Minister in seven different portfolios including Treasury Board, National Revenue, Solicitor General, Defence and National Health and Welfare. He is currently a member of the board of directors of Mitsui Canada and in 2018, was made an Officer of the Order of Canada for his lifetime of public service and for devotion to the development of our nation as a community leader and corporate visionary.

“We’re pleased to welcome the Honourable Perrin Beatty to present this year’s annual luncheon keynote,” said Jennifer Evans, Chamber President. “As a leader and a champion for business, we look forward to hearing more about the opportunities he sees for our region and country.” 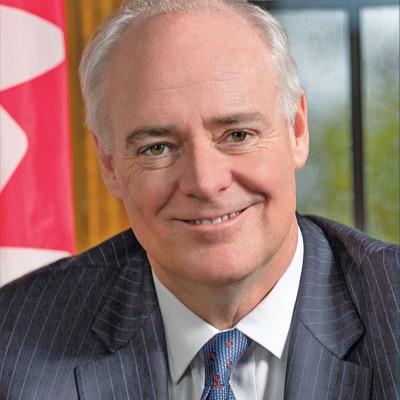